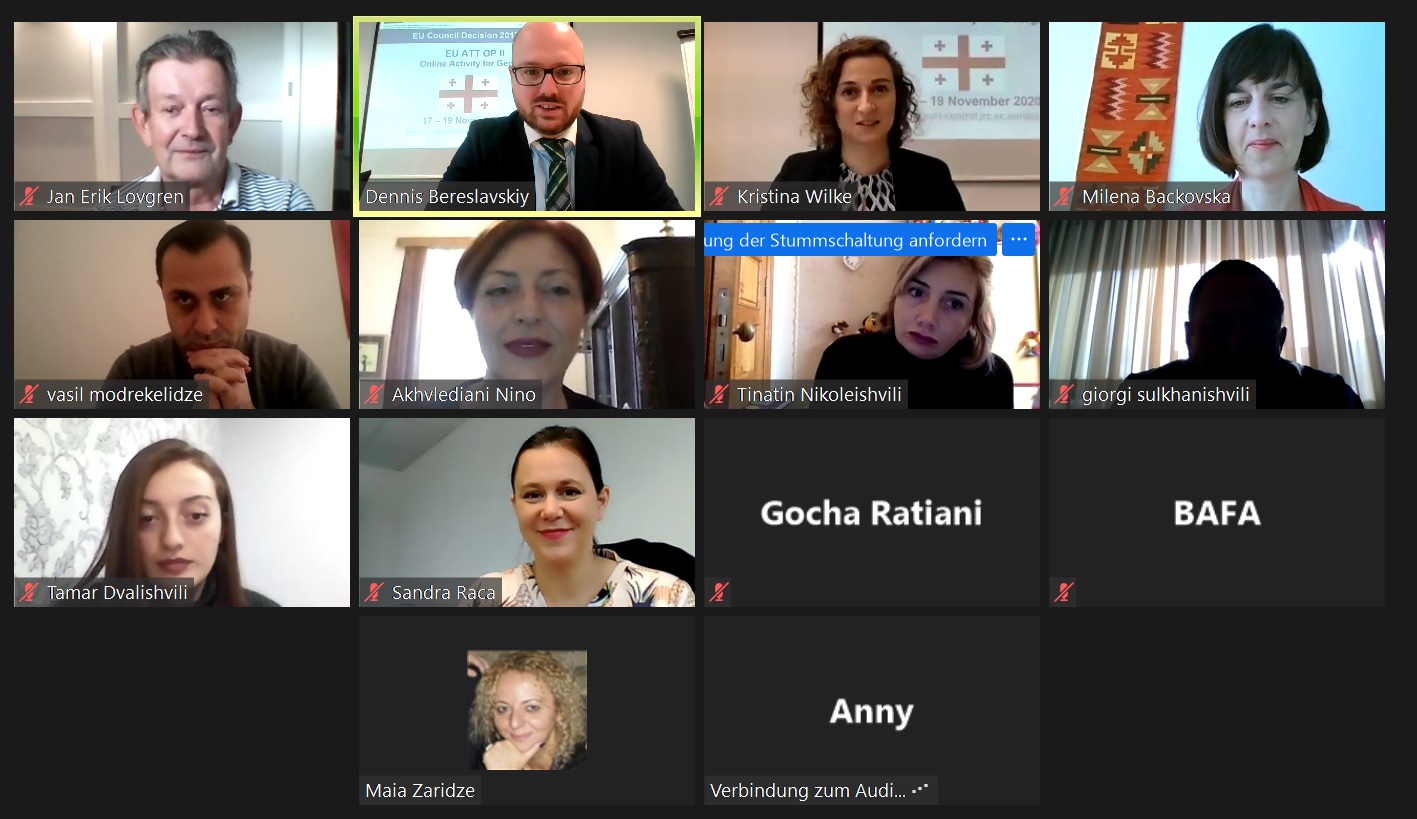 From 17 to 19 November 2020, an online activity for Georgia took place in the framework of the EU Arms Trade Treaty Outreach Project II (EU ATT OP II) based on the EU Council Decision 2017/915/CFSP. Georgia became a partner country in the first project phase under the scope of the EU Council Decision 2017/915/CFSP and continued its cooperation within the second phase of the project.

Georgia has recently restructured licensing department and aims to establish a sound ICP system and to enhance its outreach to industry approach. In addition, Georgia plans to close possible gaps in their legislation regarding the control of civilian and commercial weapons and the regulation of cold weapons. Therefore, this seminar aimed to inform the participants from the licensing authority on the above mentioned topics and to provide them with the opportunity to have their respective questions answered in order to facilitate the process on implementing the foreseen changes and updates in Georgian export control system. In total, 8 licensing officials of the Georgian Ministry of Defence, the licensing authority, attended the event on all three days and engaged in relevant discussions.

The online seminar was split into three separate sessions. The first day focused on monitoring and audits of companies, focusing on the legal basis and good practices from the Czech Republic and Germany. The second workshop session depicted the control of commercial/civilian weapons in comparison to military weapons and the regulation of other types of weapons. The final workshop day was dedicated on outreach to industry and internal compliance programmes (ICP), presenting both the perspective of a licensing authority and the industries. The seminar facilitated interactive discussions among participants and EU experts. The activity was supported by six experts in the field of export controls from the Czech Republic, Germany and Sweden, and organised by the implementing entity BAFA (Federal Office for Eco-nomic Affairs and Export Control), Germany.