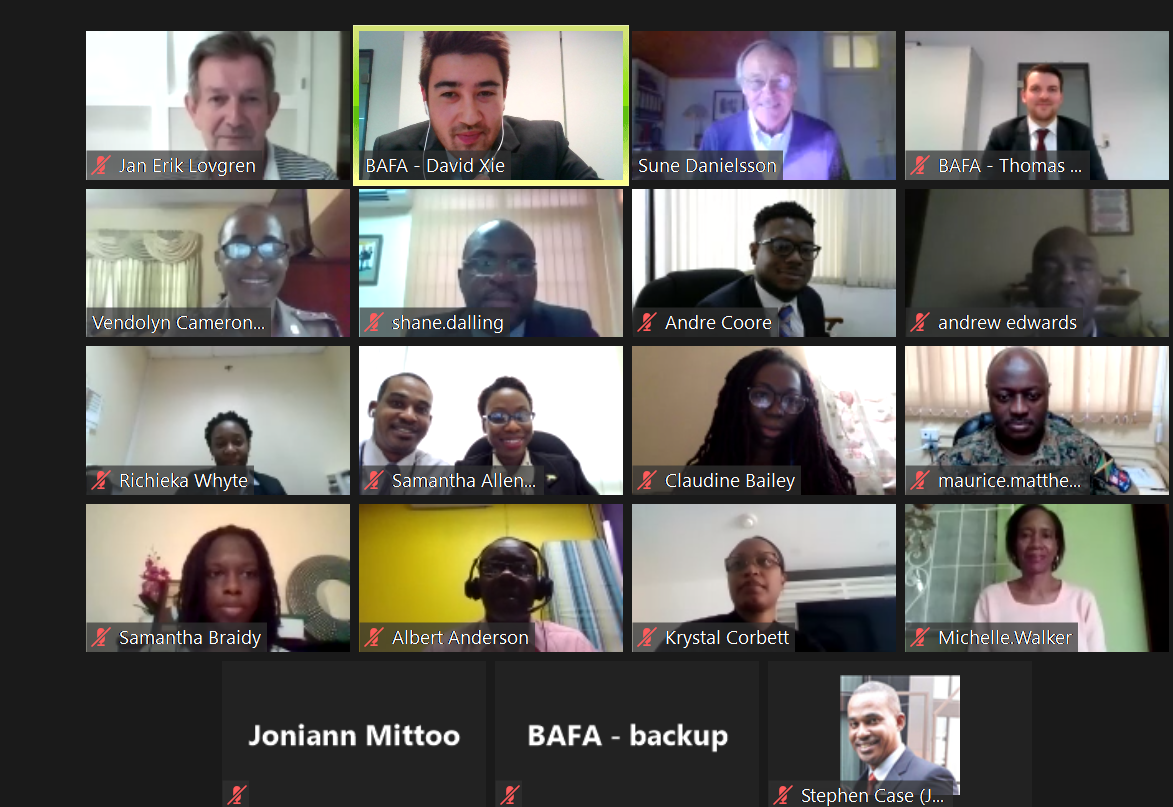 On 19 November of 2020, BAFA organized the first online meeting as part the long-term assistance on the establishment of a control list for Jamaica, in the framework of the EU Arms Trade Treaty Outreach Project II (EU ATT OP II) based on the EU Council Decision 2017/915/CFSP. Jamaica is long-term partner country of this project, since 2014.

Overall, 14 representatives from different Jamaican authorities participated in the workshop. The workshop kicked off with key statements from Jamaican stakeholders. The current state of play of strategic arms trade control legislation in Jamaica was presented and the goals to be achieved during the long-term assistance were highlighted. Subsequently, the experts continued by giving presentations about the historic background of strategic trade control and detailed presentations about the EU Military Goods List and the EU Dual Use List.

The meeting was concluded through a roundtable discussion among all the participants and the experts to discuss the way ahead to advance national ATT implementation in Jamaica and the work on the national control list. One of the main question was on how Jamaica's control list should look like and whether the European model was the most suitable option or it is necessary to do further research on other possible models of control lists. Furthermore, also the question of which agency will eventually act as the main responsible agency for export control and for issuing export licenses has still to be answered. It was agreed that the Jamaican focal points would come back to BAFA once they had reached more clarity on these fundamental topics.

The activity was supported by two experts in the field of export controls from Sweden, and organised by the implementing entity BAFA (Federal Office for Economic Affairs and Export Control), Germany.