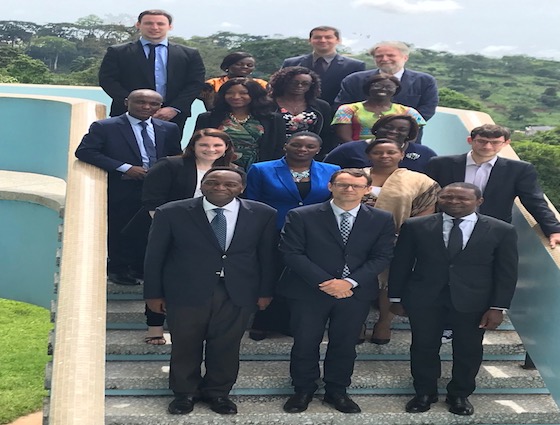 On 16-17 April 2019, Expertise France, in the framework of the EU P2P ATT Outreach Project, organized a seminar on 'Awareness on transparency in ATT implementation' in Cameroon. Cameroon has recently ratified the Arms Trade Treaty and is in the process of implementing the Kinshasa Convention on small arms and light weapons,. As such, the Government is taking action to modernize its national system for controlling international arms transfers, drawing from international best practices in this area. This process It aims in particular to meet the transparency requirements included in the Treaty.

The event, was the second of five planned activities and aimed to facilitate the exchange of international good practices in the field and identify relevant actions for the national arms transfer control system. The event was organized in the form of a discussion between European practitioners and representatives of the stakeholders involved with transparency in controls in Cameroon.