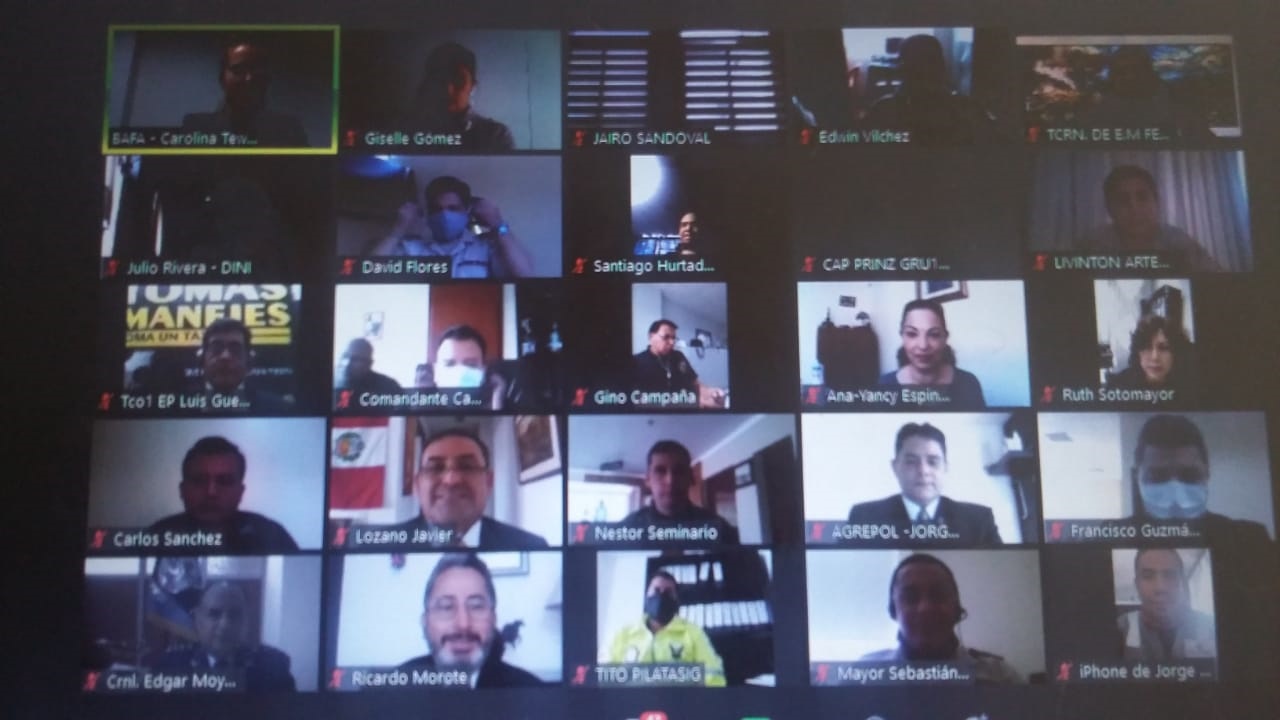 On 5-6 October 2020, BAFA conducted an online activity for participants from Peru and Ecuador in the framework of the EU Arms Trade Treaty Outreach Project (EU ATT OP II), based on the EU Council Decision 2017/915/CFSP.

The focus and contents of the activity had been developed in cooperation with long-term partner country Peru. Peru also proposed to invite participants from its neighbouring country Ecuador, which is not yet a signatory state of the ATT and had not participated to any former outreach activity in the framework of the ATT Outreach Project. In this way, the bilateral cooperation between Peru and Ecuador could be strengthened and the ATT could be promoted as an instrument to control arms trade to this non-signatory state.

The first day of the workshop kicked off with welcome remarks by representatives of the Ecuadorian Ministry of Foreign Affairs and Human Mobility and the Peruvian Ministry of Foreign Affairs. The first presentation of the day introduced the participants to the classification and typology of conventional arms and ammunition, according to the eight categories of the ATT. The second presentation provided an overview of the architecture of international and regional instruments for the control of conventional arms, firearms and ammunition in the Andean region, including the ATT as the newest instrument.

On the second day of the workshop, the first session highlighted the relevance of the ATT  for the Latin American region and explained its objectives and obligations as a binding Treaty to the Ecuadorians participants, as Ecuador is not yet a signatory party. The last session addressed the prevention of illicit arms trade and diversion, which is a central challenge in the bordering zones between Peru and Ecuador. It was jointly provided by two experts and included case studies, instruments and good practices from the Latin American region. Each session was followed by a questions and answers session.

The activity was supported by three experts in the field of export controls from Peru, Colombia, and Costa Rica and organised by the implementing entity BAFA (Federal Office for Economic Affairs and Export Control), Germany.