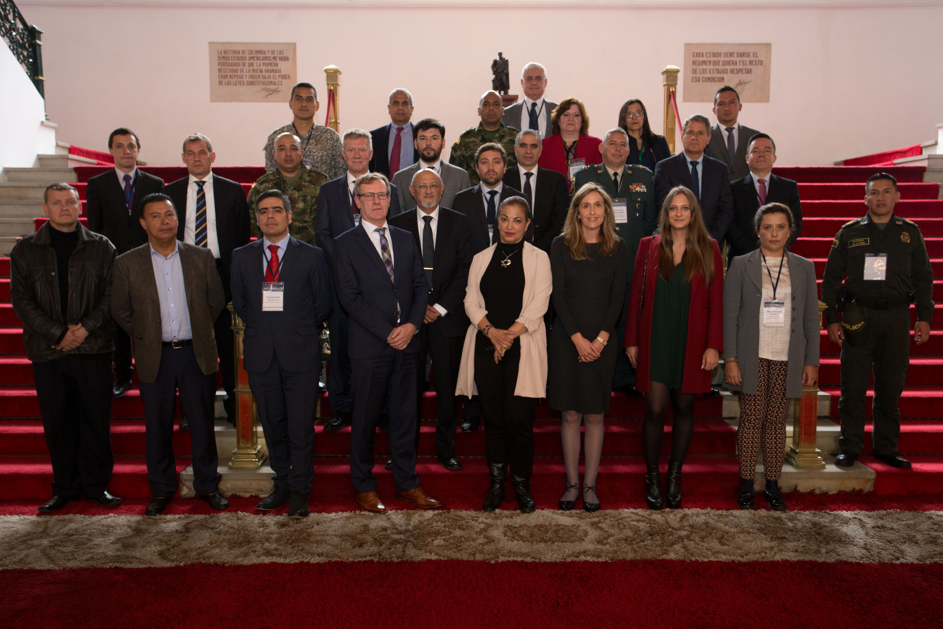 Within the framework of the ATT Outreach Project II (ATT-OP II), BAFA conducted the Second Roadmap Activity for Colombia on 29-30 October 2018. This two-day workshop allowed to analyze methods to improve risk assessment capabilities in arms transfers. In addition, strategies to address the risk of diversion in the various stages of international arms transfers (transit, transshipment and brokering) were presented, and assistance for the implementation of a national control list, also including the ammunition list, was provided. Likewise, the issue of the obligation to submit reports on authorized and made exports and imports of conventional weapons was discussed.

Considering that Colombia had repeatedly expressed interest in working more closely with its neighboring countries on issues that are not merely national, but cross borders (as in the case of arms transfers), and given that Chile shares with Colombia similar threats and challenges in the field of security, it was decided that five representatives of the Government of Chile that play a key role in the implementation of the ATT in their respective country, participated in this workshop. Herewith, this activity did not only assisted Colombia and Chile to implement the ATT, but also fostered regional cooperation in Latin America.

The event was supported by experts from Costa Rica, Sweden, the Netherlands and United Kingdom.

The goal of 'EU ATT Outreach Project (EU ATT-OP)', as part of the European Union Partner-to-Partner (EUP2P) Export Control Pogramme, is to support the effective implementation of the ATT. Upon request, the project will support a number of States in strengthening their arms transfer control systems with a view to being able to implement the ATT. The project also aims to increase awareness and ownership of the ATT at national and regional levels and therein contribute to its universalisation. A second edition of the project was initiated on 29 May 2017 by Council Decision 2017/915 and it is co-implemented by BAFA and Expertise France. The EU ATT Outreach Project has three different components: 1) Tailored National Assistance Programmes; 2) Ad-hoc Activities; and 3) Regional Seminars. National assistance programmes are developed in close cooperation with partner countries. Key elements of national assistance programmes are: an initial needs assessment visit; inclusive roadmap development; and, practical support follow up activities.