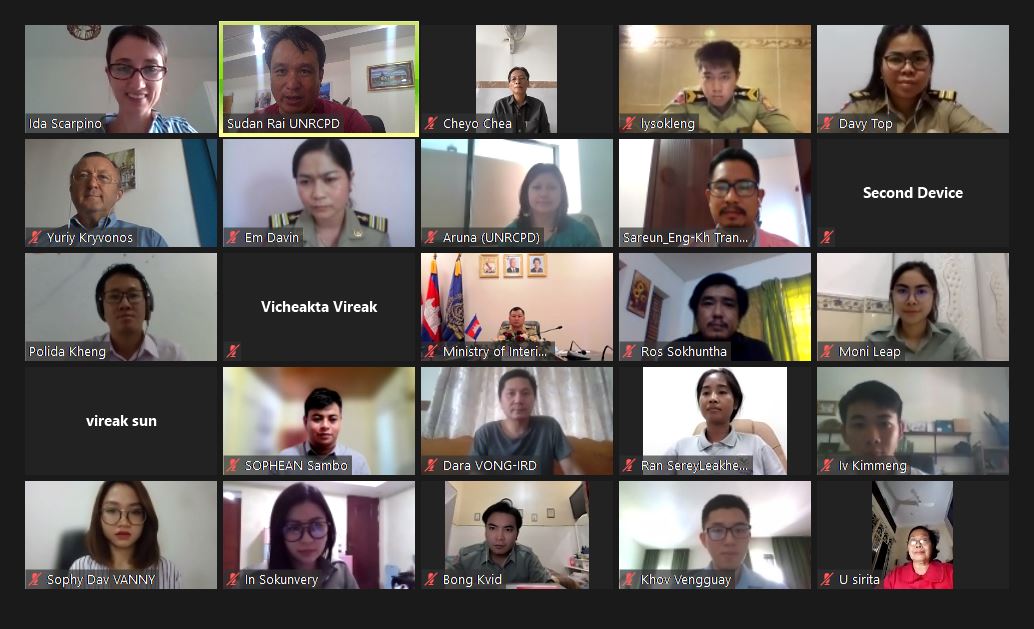 Webinar series on gender and small arms control for Cambodian officials Conducted by UNRCPD in partnership with the Ministry of Interior of Cambodia.

From 8 to 20 July 2021, the United Nations Regional Centre for Peace and Disarmament in Asia and the Pacific (UNRCPD) in partnership with the Ministry of Interior of Cambodia and with funding from the European Union, organized a series of webinars on gender and small arms control for Cambodian officials. The webinar series aimed at enhancing the understanding of key government officials of the relevance of gender considerations and gender responsive approaches to small arms control and equipping them with the tools to translate into practice the commitments member states have made under SALW global instruments such as the UN PoA and ATT. The series comprised four webinars via zoom and reached thirty government officials (12 women, 18 men) presenting the following agencies: the National Committee Against Torture, the National Committee for Counter Trafficking, the General Commissariat of National Police / Department of Fire Arms and Explosive Management, the Ministry of Interior (MoI), the General Department of Prison, the members of the Senior Officials Meeting on Transactional Crime (SOMTC) of the ASEAN, Ministry of Interior.

The webinar series was conducted as part of a global project in support of gender mainstreamed policies, programmes and actions in the fight against small arms trafficking and misuse, in line with the Women, Peace and Security agenda, implemented by the United Nations Office for Disarmament Affairs globally.