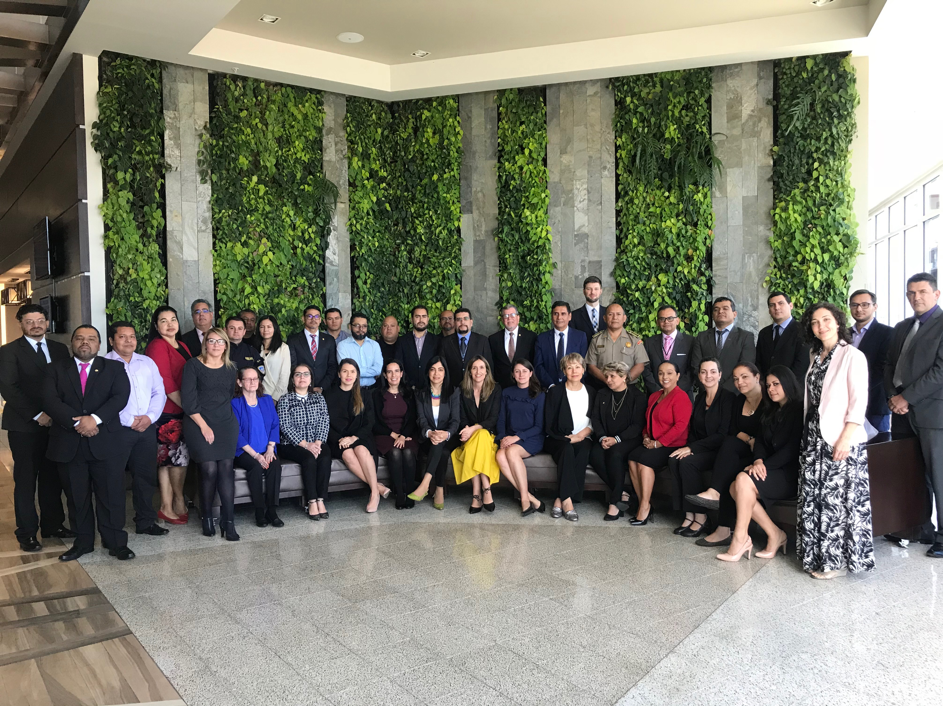 Within the framework of the ATT Outreach Project II (ATT-OP II), BAFA carried out the Second Roadmap Activity for Costa Rica in San José on 17-18 December 2018. This two-day workshop addressed ways to develop guidelines on procedures to regulate international arms transfers. In addition, the outcomes from the fourth Conference of States Parties to the ATT (CSP4 2018) were presented and strategies to combat problems particularly relevant to the Latin American sub-region such as diversion were explored.

In addition, during this two-day workshop methods that contribute to improve risk assessment capabilities of the personnel involved in issuing arms transfers licenses were analysed. Finally, the issue of interagency cooperation as key to effectively implement the Treaty was also discussed. Progresses in establishing a national control system and the exchange of information between Costa Rica and another roadmap country in the region, Peru, have led this country to be keen on intensifying the exchange of information with Costa Rica.

As a consequence, six representatives of the Government of Peru, who hold a key position in terms of implementation the ATT in this country, participated in Costa Rica's Second Roadmap Activity. This not only supported Peru in the establishment of a similar authority, but also further promoted regional cooperation in Latin America. The organizers were supported by experts from Colombia, Germany, Mexico and Spain.