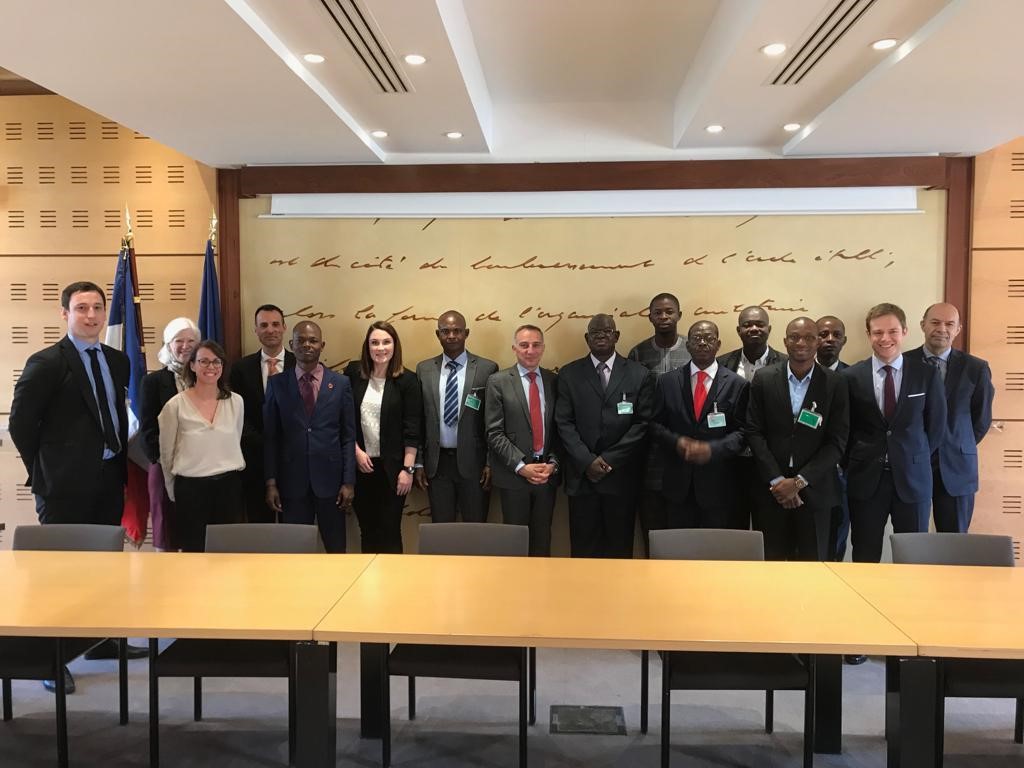 On 20-22 May 2019, as part of the second phase of the European Union’s P2P ATT Outreach Project, Expertise France organised, from May 20 to 22, a study visit to Paris for nine delegates of the Burkinabe authorities.

A series of meetings were hosted by five French bodies taking part in the control of conventional arms transfers and in efforts to prevent the diversion of these weapons. Each entity explained to the delegation its specific role and responsibilities (classifying weapons for military applications or firearms for civilian use, vetting transfer requests, granting licences, etc.), while stressing the need for inter-agency cooperation and coordination.

Discussions took place between the representatives of the two countries that specifically focused on how to:
-    Identify ways to strengthen controls on conventional arms transfers and for preventing diversion attempts;
-    Consolidate the ongoing legislative and regulatory initiatives, such as the completion of the two decrees associated with the law implementing the ATT (adopted by the National Assembly of Burkina Faso on April 30 2019).

This study visit also marked another step in executing the roadmap followed by Burkina Faso. This event, was followed by a capacity building workshop for members of the Ministry of Justice, Human Rights and Civic Promotion, that took place in November.